Cathay staff sacked for not getting Covid jabs

Cathay Pacific said it has sacked "a small number" of flight crew who weren't vaccinated against Covid-19 and didn't produce proof of medical exemption.

But the airline did not specify the exact number.

The loss-making carrier said the coronavirus pandemic has severely affected its operations, and control measures implemented around the world made it difficult to arrange duties for unvaccinated crew.

The airline added that from the beginning of September, all staff working on Cathay flights are fully inoculated.

It said most of its Hong Kong-based employees have already been vaccinated or were planning to get the jabs.

An unvaccinated flight attendant, surnamed Chan, told RTHK that she had expected the sack, but still felt heavy-hearted as she had worked at the airline for almost seven years.

She said she had been hesitant to get the shots due to lingering doubts over the vaccines, adding that she did not seek medical proof either because most people around her who had health concerns had been unable to get a doctor's note.

Chan said it’s unreasonable for Cathay Pacific to force employees to take the jabs, because there's already a slew of stringent infection-control measures in place.

Meanwhile, the Staffs and Workers Union of Hong Kong Civil Airlines also wrote to the SAR's flag carrier, calling the dismissals unreasonable and urging it to move affected staff to other positions.

The Labour Department also advised employers to consider alternative working arrangements, and take care of the needs of workers who aren’t suitable for vaccination. 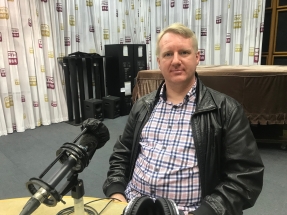